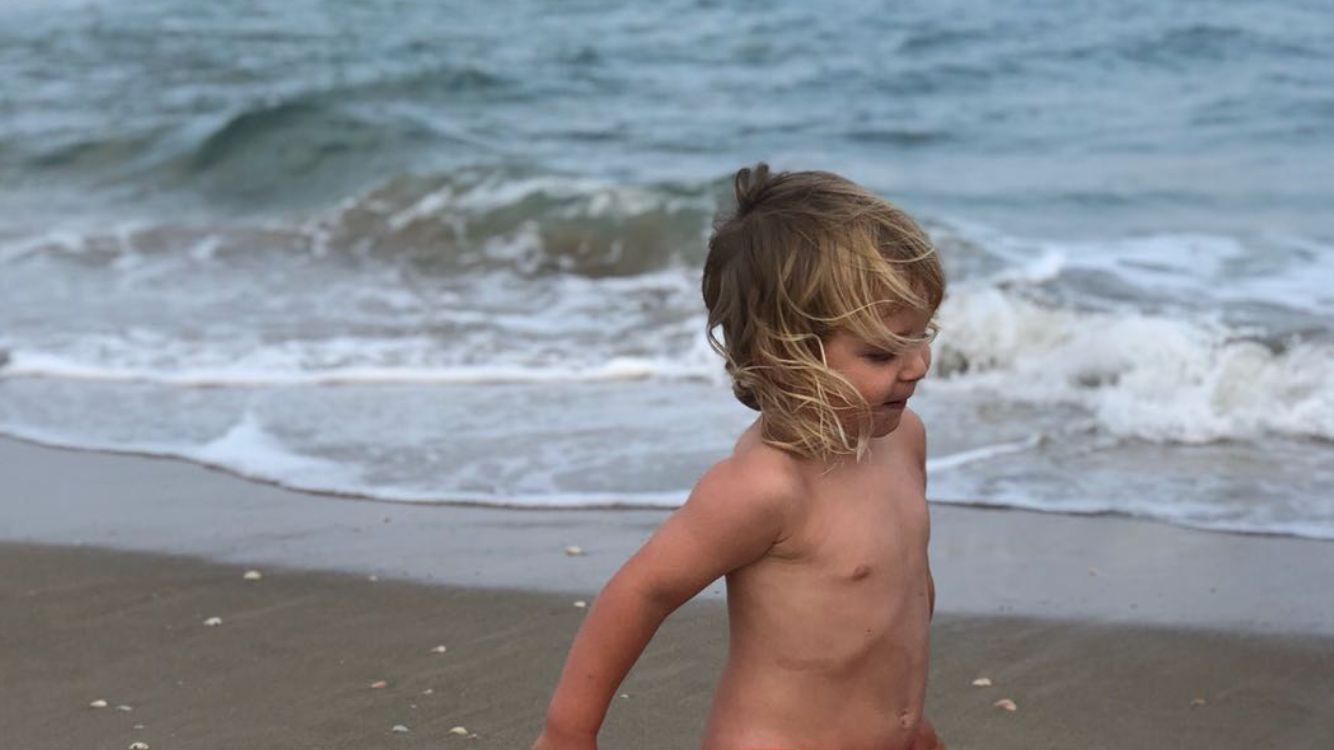 Numerous studies have shown that the main cause depriving people of happiness is the lack of autonomy, the ability to make their own choices. Here’s how autonomy (and the lack thereof) affects children (and adults).

Restrictions on our autonomy are the root cause of the majority of our unpleasant feelings. Think about the feelings arising within us when we are coerced into doing something we do not want to do; engaging in activities we are not interested in, or taking on tasks we do not want to carry out. We feel annoyed, disconnected, averse, disquiet, sad and tense. And it happens numerous times, each day.

Autonomy, the ability to follow through with our free will and make our own choices, is an existential need. Throughout history, freedom has been the lead factor in the lives (and deaths) of people all over the world. Oppression causes suffering and the human kind is hardwired to retreat from suffering. However, latest psychological studies extended freedom to autonomy: we are genetically compelled to desire autonomy, feeling autonomous meets the needs of all human beings, leading us to happiness.

There are two ways in which we are coerced – external and internal. External coercion is self-explanatory: when we are ordered to do something and we do it against our will. Internal coercion is more complex and has do do with feelings of fear, guilt, and shame. It is when we are acting against our will out of fear of what will happen if we don’t, shame about what will “they” think of us if we won’t, and guilt for how it will affect “others” if we don’t.

Fear, guilt, and shame are rooted in our society. This is the heaviest, cross-generational burden, that we are forced to carry. It defines the language we speak, the beliefs we live according to, the values we were instilled and will forever continue instilling, from one generation to the other. 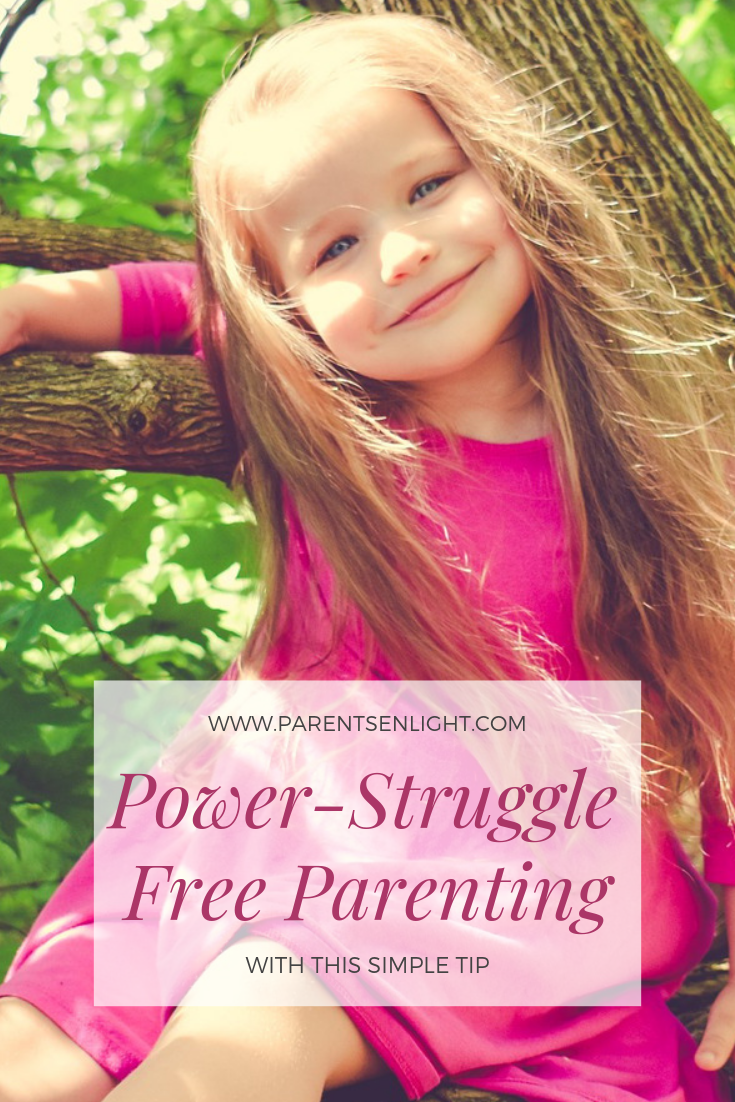 Free Will Vs. Coercion

When we are ordered to do anything, even if it is something we otherwise like doing (cooking or exercising for example), the sense of coercion will automatically trigger us to say “no” and regain our autonomy. This is the way our brains work – we are designed to resist control. However, if we are asked to do the same thing, and we have the freedom to refuse, we are free to acknowledge that fulfilling the request meets other needs that do not clash with our autonomy. When my dear partner is hungry (he is one of those guys who only vaguely know where the kitchen is), preparing his dinner makes me happy because I freely chose him and his happiness is one of my personal goals. However, if he dares to command me to make his dinner, I will make him eat stones. You know what I mean 🙂

Understanding autonomy made my life significantly easier. Whenever I felt coerced, I was able to acknowledge that my feeling stems from the undermined need for autonomy, and that my reaction is my own problem. No one else’s. Having this tool I was able to change these situations and restore my feeling of autonomy by connecting the “unwanted” choice to a previous, freely made choice. I don’t always want to spend my evenings painting purple dinosaurs, but having children was my decision and at this point in time, a purple dinosaur is our way to happiness. Since meeting my child’s needs meet’s my own needs, this evening activity becomes okay, and even fun.

But kids can’t yet make these connections.

The “terrible twos” are one of my despised phrases and here’s why. In the first year of a child’s life, she needs nothing but her proximity to thrive, she is not yet an autonomous human beings. At one year she will already know what she wants, but won’t be able to ask for it, or reach it. If you have an approximately one year old child who suddenly started expressing more fussiness and frustration – the lack of autonomy is the reason. She cannot act upon her free will. She depends on you and most of the time you won’t understand what she wants. She won’t like it.

Towards two years of age, when the little one is walking and speaking more and more with every passing day, she is better able to communicate her free will. Moreover – she better knows what she wants and what she doesn’t want, how she likes things to be done and how she doesn’t. Her life’s experience is already enough for her to determine who she is. She is no longer an extension of us, but an autonomous individual with her own character.

If we let her.
And this is why I don’t like the term “terrible twos” – because instead of celebrating our little ones’ autonomy, we shut it down, making everything into a pointless power struggle. Oppressed minorities fight for their freedom, coerced children resist us with everything they have. This is exactly what they are meant to do.

Children’s daily lives are full with undesired tasks – brushing teeth, taking showers, going to daycare, clearing the dishes, wearing clothes or taking them off, brushing their hair, sitting in the car-seat, and the list is endless. They don’t have the ability to understand that they will have cavities if they won’t brush, that we’ll have bugs if we won’t clean, that we won’t get there unless we sit down. And reasoning doesn’t help until a much later point. So what can we do? We can, and should, celebrate their autonomy wherever and whenever it IS possible.

Returning to daycare after the long summer break was a huge thing for my Ilay. He loved being there, but he didn’t like going there. He used to wake up happy every morning, do his morning chores happily, get dressed, eat, wash, brush. But when it was time to leave the house he would start crying, saying he wants to stay home, begging to stay home and basically breaking my heart. He was definitely coerced into going (I wish I could have stayed home with him, too). That night, after the first day back, he asked to sleep in the living room. He had to regain his autonomy. We let him. When I brought a blue spoon, he asked for a pink spoon. I gave it to him. When we planned to go to the beach and he asked to go to the park – we went to the park. Not because we let him order us around, not because we are not able to set limits and boundaries, but because his sense of autonomy is crucial for his development. When and where we can allow it – we will.

When his undermined need was controlling him (that’s what undermined needs do), he experienced everything we said and did as coercion and he couldn’t do anything but resist us. It took about a week or so to regain his sense of autonomy; he adjusted to daycare, realized he missed his friends and their daily activities and going there became a free choice. As that happened, his need to resist us gradually vanished and peace and happiness were restored. Again, he rules his life. 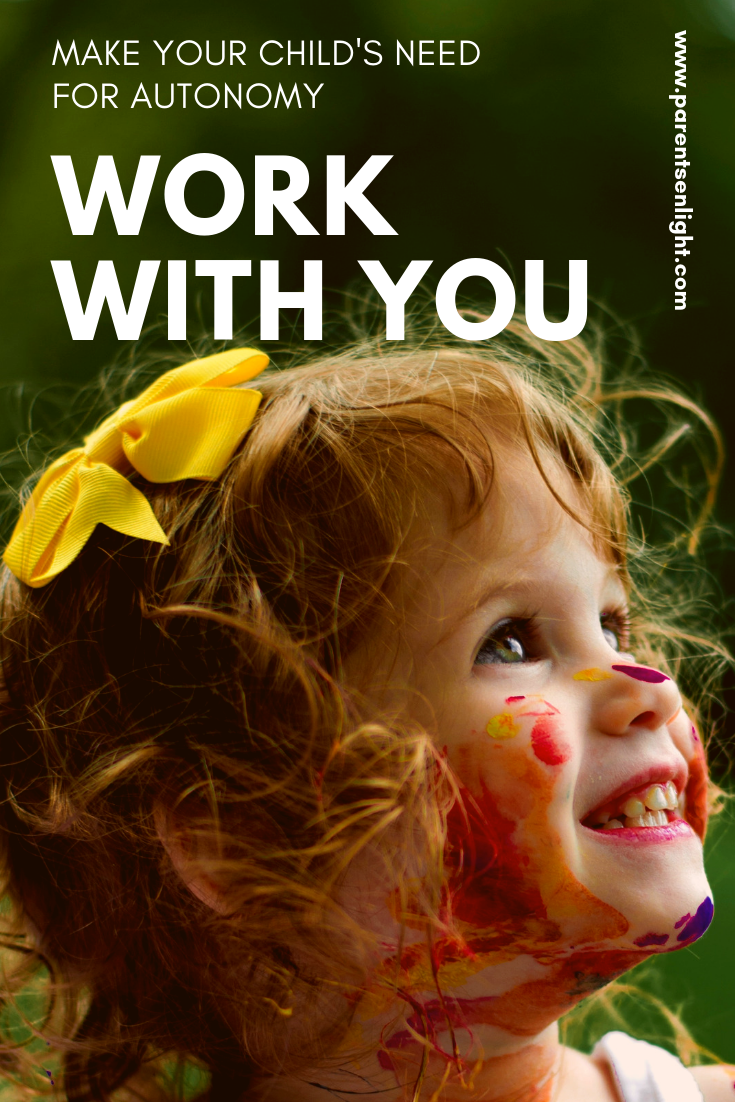 Life is Not a Power Struggle

If this sparked anything within you, join my Facebook group right here start raising your autonomous child. I will be happy to meet you 🙂 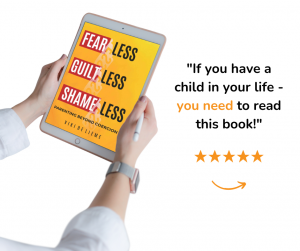 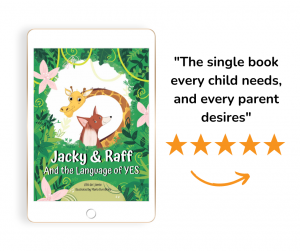 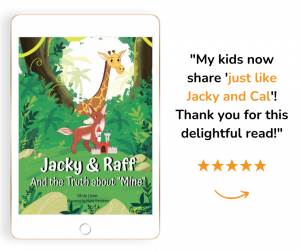