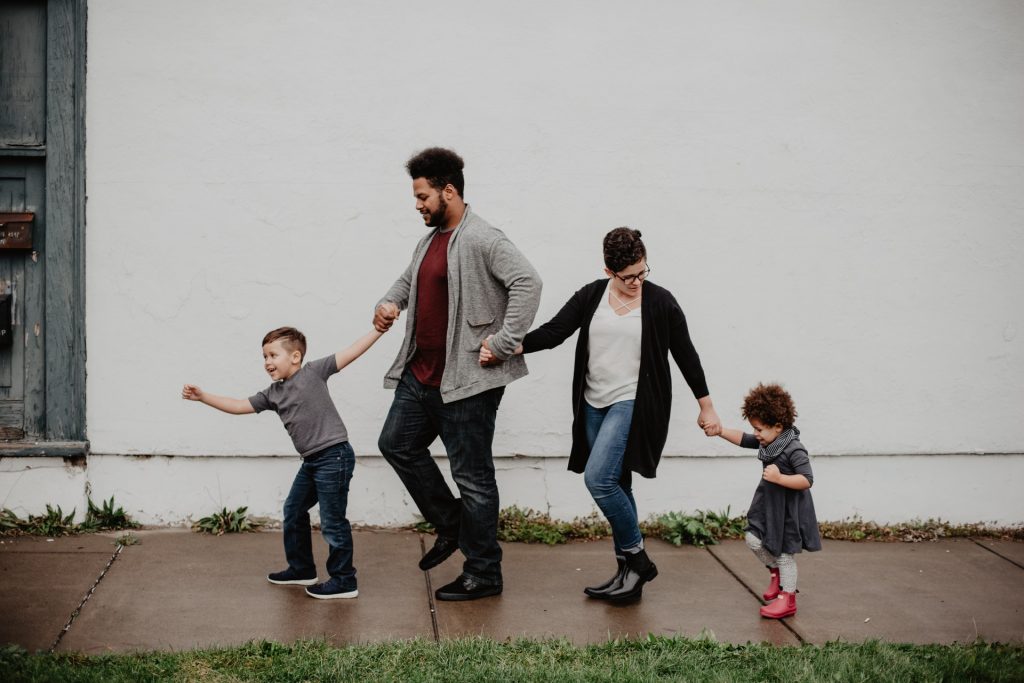 Three clients of mine were struggling. When they gave up on all the fights and punishments, they contacted me and agreed to try my 3 shocking parenting strategies.

This is their (shortened) story.

Zoey’s child was a mess at school. A 5th-grade student, his teachers would call her at least twice a week about his behavior. Late to class, often bullies other children, engages in disruptive activities during breaks. She didn’t hit him, but she tried everything else; she repeatedly yelled at him and grounded him; she removed possessions and privileges. She offered to reward him for changing his behavior.

Emma’s 5-year old used to hit her repeatedly each time she set a boundary. He hit her when he faced a reality that was not to his liking. Just like Sarah and Zoey, Emma, too, tried all the tools she knew of – she yelled and yelled harder, she removed his favorite games and toys, she even hit him a few times. She, too, tried a reward chart that didn’t last for one week. 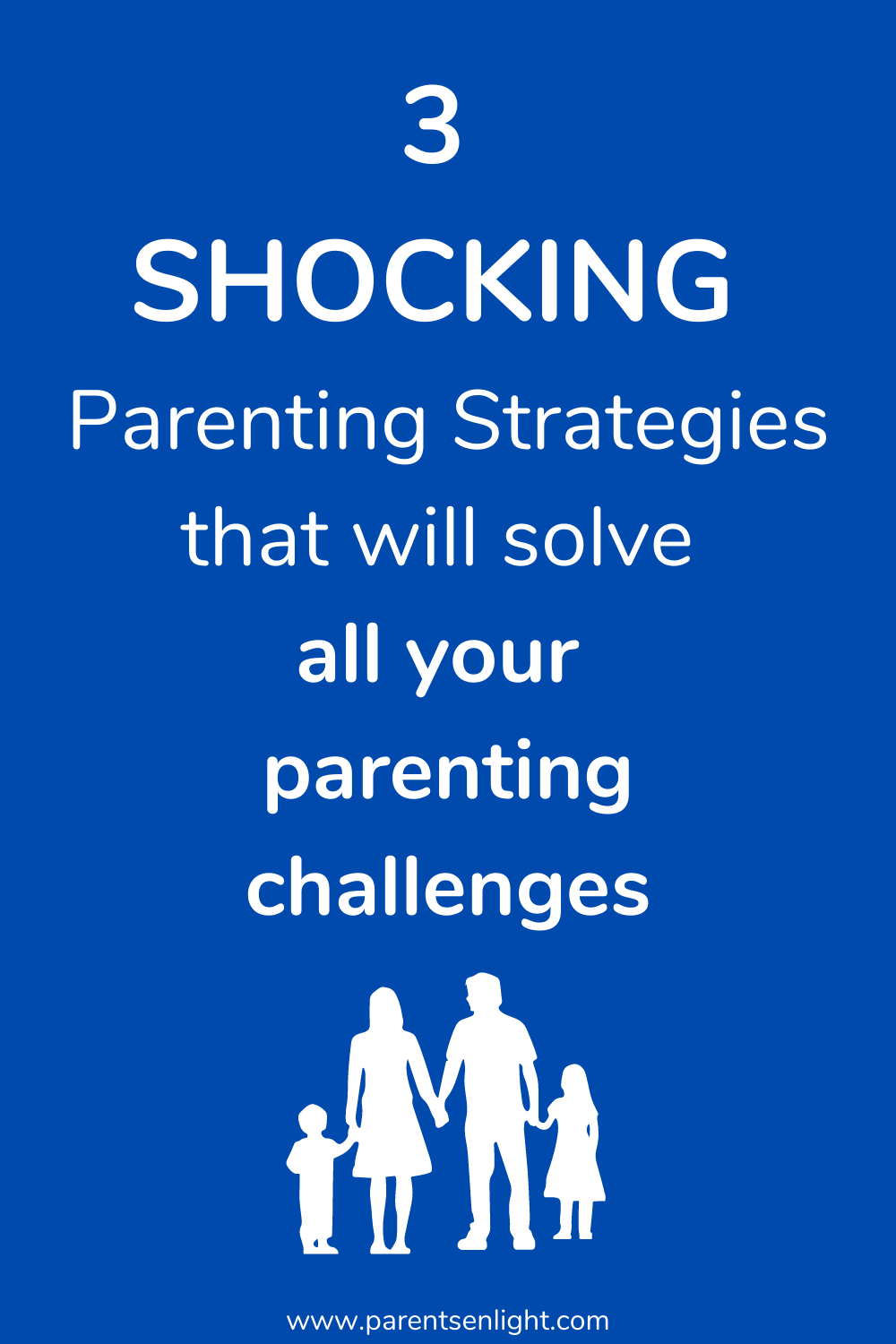 The Paradox of Parental Authority

When we think of authority, we think of power and status. And we do so in parenting as well; we know we’re bigger, we know we’re stronger, and we’re so used to using power to solve our problems and untangle our challenges.

But this just doesn’t seem to work. Here’s why.

Every evening when Sarah’s 9-year-old is about to go to sleep, she knows exactly what her morning entails. She knows there’d be yelling; she knows there’d be tears. She doesn’t want that. It hurts her. It prevents her from falling asleep quickly and disturbs her night sleep. It makes it so much harder for her to wake up in the morning and cultivate the needed energy to get ready in time. When she wakes up, and this scenario plays and replays around her, she starts believing this is just how it is, and this is the only way it can be.

Repeatedly Fighting about at School Behavior

Each time Zoey comes to pick her son up from school, after yet another call from a teacher, he sees the disappointment in her eyes. He feels her pain, and it pains him. But he’s 10; he doesn’t know how to process these feelings. When they come home, and something he loves is taken away, he blames himself for being the way he is; wrong and undeserving of her love. He believes he needs to change, but he doesn’t know how to. School’s boring and everything else is so much more enjoyable. He ends up sitting alone in his room, disconnected from himself and his mother. And so does she.

Each time Emma’s 5-year-old experiences extreme emotions, he finds it hard to control his body. He’s five and lacks the impulse control needed to do that. He reacts fiercely and finds his mother to respond as fiercely as he does, if not more. He knows hitting is not allowed, but he cannot access this knowledge in the heat of the moment; it’s like he’s blinded to anything she says or does. All he knows is that he needs an outlet to what’s within and that the outlet most comfortable to him is not acceptable. Each time he’s met with yells and punishments, his anger and resentment grow deeper, making future outbursts even stronger.

It’s Not About the Behavior

Even though the three examples I shared with you now don’t seem to have anything to do with each other, there’s a common thread of undesired behavior, fighting, and the increasing of the same behavior.

One simple reason for this is that behavior is the last link in what I call the human experience.

Sure, it’s what we see. It’s right here in front of us, and we think it’s the only thing there, but it isn’t. Underneath the behavior, there are always needs and feelings. When our needs are met, our feelings are pleasant, and we behave in pleasant and acceptable ways. When our needs are not met, our feelings are turmoil, and we behave in ways that are less pleasant and less acceptable.

3 SHOCKING Parenting Strategies that WILL SOLVE ALL YOUR PARENTING CHALLENGES

I know, this sounds like a vast promise, and it is if you follow these steps precisely. Below are the three strategies I offered to Sarah, Zoey, and Emma, and following the strategy is the way they applied it.

Yes, you read it correctly. No more fights, no more power struggles, no punishments, no removals of people or possessions.

When we are, as a family, in fighting mode – nothing will ever feel hopeful or changeable. On the contrary, when we’re feeding this loop of disconnection, we’re not giving children a reason to change anything. If we’re anyway fighting and punishing, they can continue with the same behavior and have more of what they’re used to. No biggie.

I instructed Sarah to tell her daughter that she will no longer fight with her or yell at her in the morning. I told her to have this conversation in the evening, before the little one goes to sleep, and asked Sarah to be as kind and loving as she can. I asked her to share her true desires with her daughter. Sarah ended up telling her that it’s not even the wakeup time or leaving the house in time, but it’s her mood that she’s worried about. She wants to see her daughter thriving, happy, joyful, and energetic, and when she sees her gloomy face in the morning, she worries so much.

I instructed Zoey to connect to her needs and feelings before she picks her son up from school. I told her to show up with love and curiosity and put the judgments and teachers away. The next time she did, instead of meeting him with anger and disappointment, she met him with a warm hug and a heartfelt question – what’s going on?

I instructed Emma to stop engaging with her son’s hitting, to look deep into his eyes and see his pain and confusion instead of the terrifying thoughts she usually has about him when he hits her. I asked her to guess what he might be feeling and share her guess with him. The next time he hit her, she sat down on the floor next to him and said, “it looks like you’re raging right now. You want to stay here, don’t you? You hate it that we need to leave and you don’t get to choose what to do”?

When we make a mindful decision to stop fighting, dozens of other strategies suddenly appear, and they feel so much better – for everyone!

When we fight – we don’t talk. It’s so simple! We fight against things we judge, disagree with, and don’t want to have in our lives. When we fight long enough, the people we’re fighting with become the subject of the fight, instead of whatever it was that started the fight.

When we talk, we choose connection. When people are well connected, they feel seen, heard, and understood; no longer judged or disagreed with.

I instructed Sarah to invite her daughter to dinner, just the two of them, and to talk about life. She found out her daughter had a disagreement with one of her friends and that most of the class won’t talk to her. She doesn’t feel included, part of a community. She feels alone. When asked why she never shared that until then, the little one said she didn’t think she could talk to her mom.

I instructed Zoey to join her son in a video-game session to reconnect and get to know him better. Not at first, but in a while, she learned that his current school does not meet his needs for growth, challenge, and interest.

I instructed Emma to increase her one-on-one time with her son and let him choose their activities. She saw an immense improvement in his behavior within the first two weeks.

When the walls of disconnection crumble down, and children and parents find their way back into each other’s hearts, everything feels hopeful and becomes doable.

In time, Sarah helped her daughter untangle the strained relationship with her friend, and the little one found more friends. What looked like a sleeping/waking issue was a social burden the girl didn’t know how to handle.

In time, Zoey learned that her son felt alone in his boredom and connected with kids who weren’t his first choice of friends, but they did things he found interesting. It was a process, but they found a different school in the same district that offered various subjects he was passionate about, and the misbehavior was history.

In time, Emma taught her son to recognize his emotions, name them, process them, and react to them in beneficial and empowering ways – like talking and connecting. She became his emotional coach, and the hitting stopped.

Even though Sarah, Zoey, and Emma are not their real names – their stories are real stories, and their children are real children. I’m sure you can relate to one of them or all of them.

Remember we spoke of parental authority?

Choose to be the parental authority that feels good to you. Choose to stop fighting and start talking; it’s seldom about what we think. It’s something else, and we won’t know unless we put the arms down and choose connection. These 3 shocking parenting strategies are all you need to start.

Want to know how to apply these strategies in your own challenges? Join my Positive Parenting support group on Facebook right here. I’ll be happy to meet you 🙂 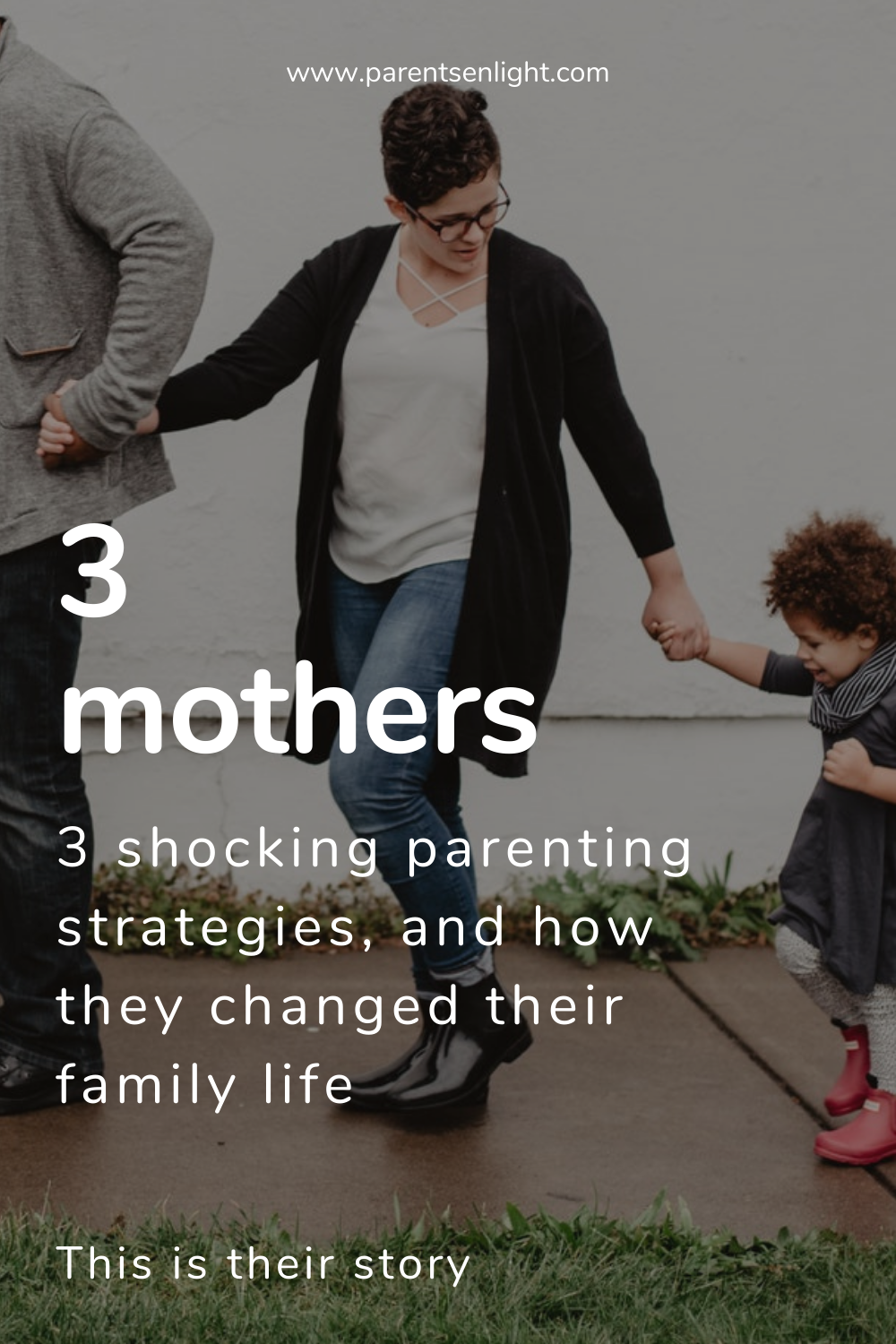 Photo by Emma Bauso from Pexels 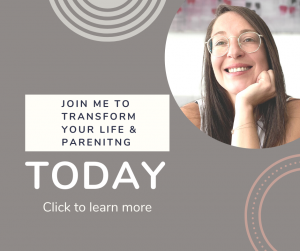 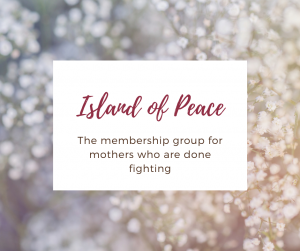